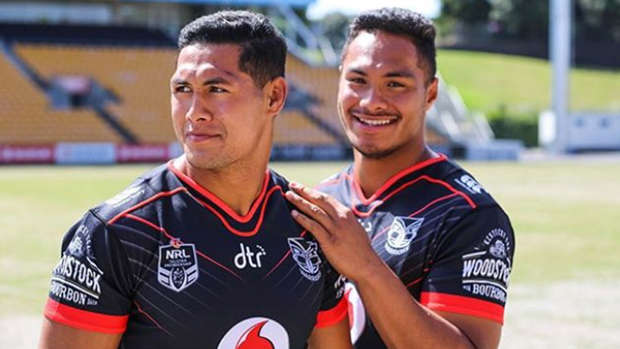 Johnny Tuivasa-Sheck has opened up about his decision to leave the Vodafone Warriors on TVNZ's Breakfast.

He said that he had long known that Rugby League wasn't for him.

"I kind of decided when I was young, [rugby league] wasn't for me but because my dad was doing it and Roger was doing it, I thought, 'oh, its' the family thing to do' so I followed that." Johnny said, talking to host Hayley Holt.

Pretty much my only emotions during the @skycitybreakers game 😂 #Ballisnotlife 🤦🏽‍♂️

While still playing with the Warriors, Johnny started to do more social media videos and has continued to gain popularity. He now has over 118,000 followers on Instagram.

"Last year, my dad was like, 'hey son, I see that your passion isn't rugby and you enjoy the video stuff so you should go chase that'."

Johnny is now involved in the social media team at the Vodafone Warriors and uses his talents in that field to help promote the Warriors.

Check out the interview with TVNZ's Breakfast below: