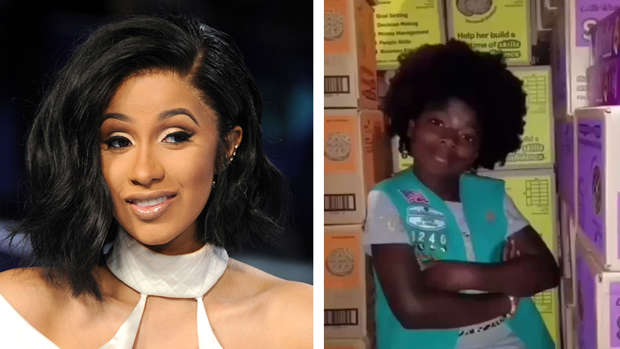 Cardi B has responded to an American Girl Scout who parodied her song 'Money' in order to help sell her Girl Scout cookies.

Kiki Paschall from California made the parody in order to help her make money for her Girl Scout troop but has gone viral on the internet for her hilarious version of the song.

This .@iamcardib MONEY remix is 💰🔥 pic.twitter.com/2GusmxFb3I

The remix parody has some pretty mean lyics, including: "I got girls in my troop / cookies to my roof / Money!"

READ MORE: Cardi B and Offset aren't back together after all, says Cardi

But then Cardi B took everyone by surprise by retweeting Kiki's video and captioning it "I want all the cookieshhh".

Kiki's mother responded to Cardi's surprising response saying that it would be like it's Christmas Day for Kiki when she woke up.

Thank you for the retweet! This is "Kiki P's" mom. Kiki is sleeping right now, but when she wakes up it will be like Christmas Day to hear that you responded! Please reach out to me if you truly want cookies... my troop would love the support.