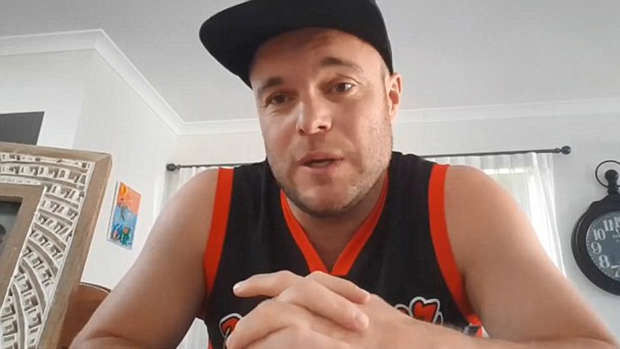 The brother of footballer James Ackerman, who was tragically killed as the result of a shoulder charge during a game, has told the NRL's chief that Billy Slater should miss next week's grand final.

In a heartfelt video posted to Facebook, Mr Ackerman said that whenever a shoulder charge is mentioned, his brother, who died in 2015 during a game in Queensland, comes into play.

Slater has been charged with a grade one shoulder charge and will miss the Melbourne Storm's grand final match against the Sydney Roosters unless he successfully fights the charge at an NRL judiciary hearing on Tuesday night.

In the video, Mr Ackerman warns NRL boss Todd Greenberg that if Slater is not suspended 'there is going to be a lot of unhappy people out there. And every one of my family members like me will be voicing their opinion'.

'Now Billy Slater should be found guilty. I know there was no malice nor intent to hurt in this tackle. No one was injured. But a shoulder charge was used.'

He said the rules of the game do not say 'that if a player is going to play his last game in a grand final he should be let off'.

'I just want to point out that I have no hate towards Billy Slater or the Melbourne Storm,' he said, while holding a picture of his brother.

'My hate and my family's hate is for the shoulder charge, whether it be minimal, medium or very bad.'