New Zealand mourns the loss of another All Black, who, unfortunately, took his own life just before Anzac day. 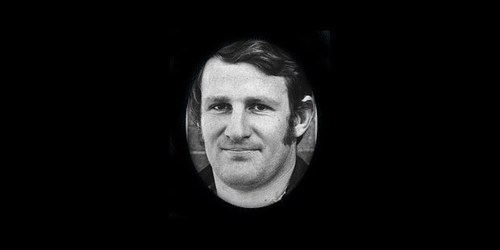 He was the sixth prop called up to the 1972-73 tour of Great Britain and France after original tourists Keith Murdoch (sent home after punching a security guard) and Jeff Matheson (ribs) left the squad. He played five-midweek fixtures, including a 12-3 win over a South West selection in the Pyrenean city of Tarbes.

He must have liked the climate and the people. He'd soon return to play a long stint for the local club, who were French champions in 1973.

McNicol was a rugby man, had a military background and played for Wanganui, whose mainly rural citizenry would have been overwhelmingly pro-tour.

McNicol was also an educator, a teacher with the sort of moral fibre he liked to impart on his students.

A Facebook tribute this week from Cath Handley, a former student who later became a friend and "relative-in-law" summed up his gift: "He was one of those rare teachers who didn't just feed one's thirst for knowledge but fed one's thirst for life - witty, irreverent, adventurous and compassionate."