All Blacks star Beauden Barrett has paid tribute to basketball legend Kobe Bryant after his tragic death on Monday.

Attending the Grammy Awards at Staples Center in Los Angeles with former All Black Israel Dagg and two friends, Barrett posted to Instagram, where thousands gathered to pay their respects to Bryant, who died with eight others in a helicopter crash.

Barrett took a photos and video of a Bryant memorial billboard outside the Staples Center, writing "RIP Mamba", in reference to his famous nickname Black Mamba.

The All Black also posted a video of a tribute to Bryant at the Grammy Awards which was part of Run DMC's performance.

Dagg also paid tribute to the Bryant, taking a video of the billboard and writing "rest in love". 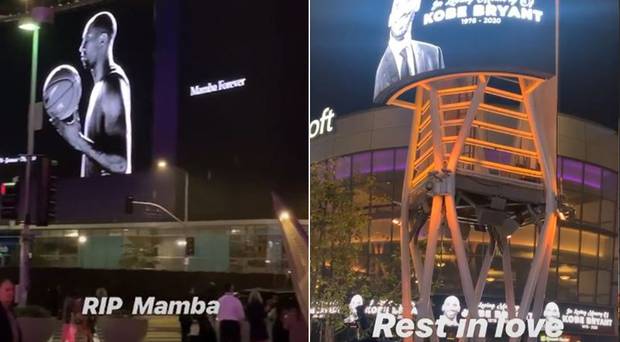 Bryant died alongside his 13-year-old daughter Gianna and friends.

The pair were travelling to a match for his Mamba Sports Academy in Thousands Oaks, California, for a basketball game she was expected to play in and Bryant was expected to coach.

The pair were killed alongside seven others when their helicopter crashed in Calabasas, northwest of downtown Los Angeles.

While police and authorities have not officially released the names of those on board, family members of some victims have confirmed their loved ones' deaths.

They include John Altobelli, 56, his wife Keri and youngest daughter Alyssa, who played on the same basketball team as Bryant's daughter.