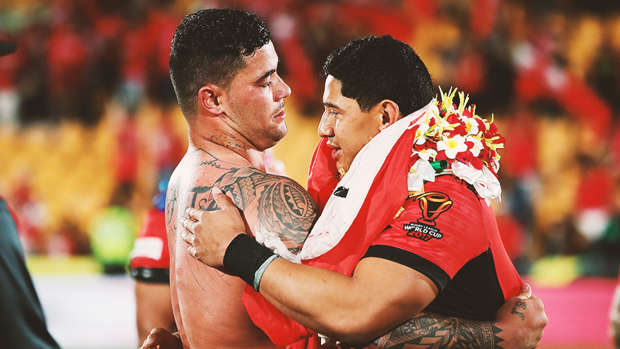 He has dropped the bomb shell!

Andrew Fifita has committed his international future to Tonga and will never play for New South Wales or Australia again.

Players in the 2017 Tongan rugby league world cup team caused waves when they announced they would be playing for Tonga. Fifta had a complicated situation with who he should play for in 2018.

Mid-year a Pacific test is being held... the same time as game 2 of the State of Origin.

We've been awaiting the decision... NSW and Australia or Tonga?

"I've been putting it off for a while now ... but I won't be playing Origin," said Fifita.

A decision that wouldn't have been made lightly as last year Fifta said winning an Origin series was the last thing on his rugby league bucket list.

Fifita said Taumalolo's decision to play the rest of his career for Tonga over New Zeland inspired his preference of Tonga.

Either way, we still love you both!