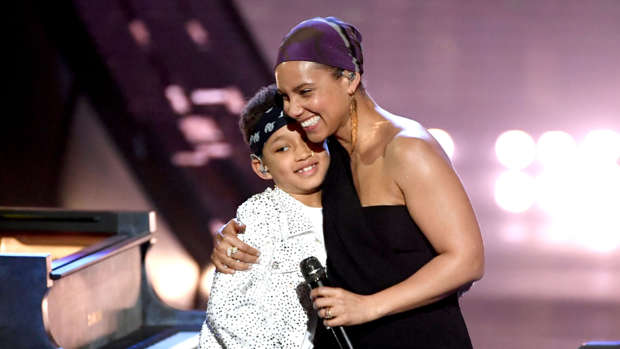 Singer Alicia Keys has posted a video to Instagram sharing her experience of taking her 4-year-old son Genesis to have his nails done, revealing her frustration at gender stereotypes.

The Grammy-winning artist said that when her son arrived at the nail salon, he requested rainbow-coloured nail polish, but had second thoughts after they were painted.

She went on to say that Genesis admitted he was afraid of people's reaction to his nails.

She told her son that people would love his nails because it highlighted his creativity, and reassured him that "a lot of guys paint their nails".

Family time is the BEST time 🤗🤗🤗

Keys said the incident prompted her to think about "how completely judged we are, all the time".

"The way I see it, there is masculine and there are feminine energies inside of us all, period," she said.

"Even for me, myself, I oftentimes express the masculine energy that's inside of me," Keys said. "And, all the time, if that happens, there are the judgments, and there's the stereotypes, and there are all the energies that come towards that."

She asked: "Why can't we just express the different energies that are inside us?"

Keys' husband, music producer Swizz Beats, joined the discussion to praise his son as being "a young King".