NBA star Steven Adams decided to turn his back on the New Zealand national side as a 15-year-old when he couldn't pay "thousands of dollars" to represent his country.

Sources close to the Oklahoma City Thunder centre told the Herald on Sunday his continued Tall Blacks exile stems from when he was forced to withdraw from the Junior Tall Blacks' 2009 World Cup campaign. Adams, 24, has never played for his country at senior level and again snubbed national coach Paul Henare's most recent advances by declaring himself unavailable to play in the Fiba World Cup qualifying games against Hong Kong and China over the past two weeks.

Adams - born in Rotorua and then educated in Wellington before heading to the United States to better his studies and chase his basketball dream - has been New Zealand's best sporting export to the US since making his NBA debut in 2013.

He is on a long-term NBA contract with OKC valued at more than $140 million.

Steven Adams really took an elbow to the face and put it back in place like nothing. Dude is a robot. #StevenAdams #OklahomaCityThunder

Speaking to the Herald on Sunday, Adams' mentor and former New Zealand NBL legend Kenny McFadden said had Adams been better financially supported by Basketball New Zealand (BBNZ) as a youngster, he has no doubts the star would have worn the Tall Blacks singlet by now.

"No doubt about it. If you take care of your New Zealand players, the players will be obligated to put something back in," he said.

McFadden said that when his young charge wanted to play for New Zealand, "he got no money and couldn't play".

Adams played for the New Zealand under-17s in the late 2000s, leading the team to the verge of a series win over Australia. But his selection was possible only after a late scramble to secure funding to allow him to make the squad.

Adams' dreams of playing for the McFadden-coached Junior Tall Blacks in 2009 were dashed when he did not have the funds to cover airfares, accommodation and other team fees.

All players in contention for selection had to partly fund their way.

Adams didn't have the funds and dropped out of contention.

A close relative told the Herald on Sunday these costs amounted to "thousands of dollars" and that Adams was forced to withdraw from the squad, leaving him "devastated".

"We would have done well [if Adams was in the team]," McFadden said.

McFadden said he had funded plenty of players to an extent during his coaching career - including Adams - but there were only so many "sausage sizzles" he could run to raise funds.

McFadden said it was a snub which had irked then teenaged Adams.

He said the NBA star now felt more obligated to the Thunder, where Adams' priorities were to be the best player he could be and help contribute to a successful 2018-19 season.

Adams returned to New Zealand in May, following the Thunder's first round playoff exit.

He's expected back in the country next month for his annual invitational golf tournament at Windross Farm.

His autobiography is set to be released at the end of the month.

When asked if he thought Adams would ever don the Tall Blacks strip, McFadden said: "When he will play is completely up to him. I hope he will play."

The Tall Blacks are top qualifiers for the second stage of World Cup qualifying, are highly likely to qualify for next year's World Cup in China, and face Syria and Lebanon in the next qualifying window in September.

"He says one day, he will play, but once again, I don't think he is in a hurry," McFadden said.

'We're aware of that rumour'

Basketball New Zealand (BBNZ) chief executive Iain Potter says a grudge against the organisation might have contributed to Steven Adams' refusal to wear the Tall Blacks singlet early in his career - but he insists it's no longer a reason for the NBA superstar's unavailability. 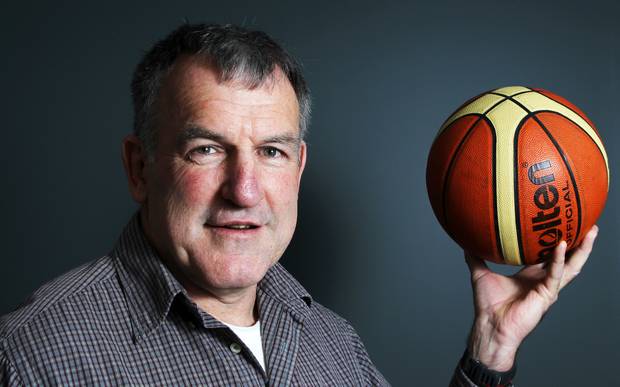 Sources close to Adams, including the Oklahoma City Thunder centre's childhood mentor Kenny McFadden, told the Herald on Sunday the 24-year-old was upset after being forced to withdraw from an age-group squad in 2009 because he couldn't afford to pay thousands of dollars to play in the Junior Tall Blacks' World Cup campaign.

Potter wasn't with the organisation at the time but told the Herald on Sunday there was "a yes and no to that reasoning".

"I don't think that's held. There may have been an element of that when he first went over to the US but, certainly in my conversations with him, it's not something he holds any more," said Potter, BBNZ chief executive since 2012.

"He and many others suffered from pay-as-you-play type arrangements, and kids still do," Potter said. "We're aware of that rumour but we're pretty confident it's not about that."

Potter said Adams would always be "welcome to just be part of the Tall Blacks environment - whether he plays or not".

"I think he would enjoy the camaraderie and the culture ... it's not always about the basketball," the chief executive said.