While the couple are keeping details of the newborn's arrival private ahead of an interview with TVNZ's Sunday this weekend, we did get a glimpse at the little one's face - and he is beautiful!

Announcing the news of Instagram this morning, the proud dad wrote: "He's here. and he came into this world surrounded by his village."

🌈👶🏻 He’s here. and he came into this world surrounded by his village. #modernfamilies 👬Mum doing awesome. Dads overwhelmed at the miracle of life. 📺 @sundaytvnz will tell our story this Sunday night at 730pm. Give it a watch.

Earlier this year, Coffey, who is a Labour MP, announced the exciting news at Auckland's Big Gay Out.

"I wanted to seize this opportunity, at the biggest gay event in the country right now, to share the news that me and my partner over there are expecting a baby in July," he told the crowd.

Coffey, 40, said it had been a long time coming.

"If ever there was a perfect time, I think now is a really good time," he said.

"I hope that I get to celebrate that with all other kinds of modern families out there." 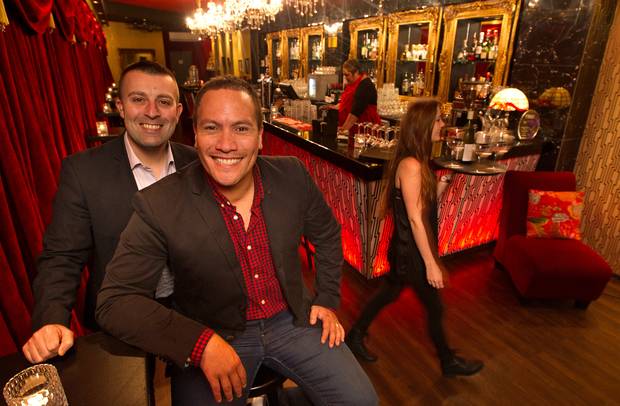 Tāmati and his partner, Tim.

Before revealing the news, the Labour MP said: "What I love about Big Gay Out is this is a day where we all come together, all types of people under the rainbow umbrella. And it's a beautiful thing. We have all kinds of modern families going on and represented here today so I applaud that."

Coffey, a former TV host, proposed to Tim Smith between Christmas and New Year 2010, in Rotorua.

They became civil union partners in 2011, and have since opened bars together in Eat Streat, Rotorua.