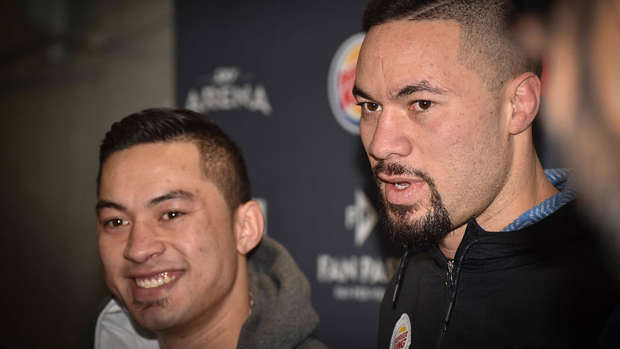 The brother of heavyweight boxer Joseph Parker has been detained in Chicago following an alleged assault at O'Hare International Airport.

It is understood John Parker, a former professional boxer, allegedly attacked at least one member of the public after he was removed from a Chicago to Los Angeles flight due to a ticketing issue.

He was in transit returning from his brother's victory against Alex Leapai on Sunday in Providence, Rhode Island.

John was also involved in an alleged violent incident at his hotel the previous night.

With the uso A.K.A the WBO heavyweight champion of the world @joeboxerparker over in UK. 3 days to go 👊 #TeamParker

On that occasion he attacked a member of Joseph's extended management team, not David Higgins, who required hospital treatment.

Higgins said it was a tragic situation.

"I am aware of an incident involving involving John," Higgins said. "I wasn't present at the time so I don't fully know the details and am relying on what I've been told by third parties.

"But I understand there has been an assault but do not wish to comment further until the facts are clear.

"It's become apparent that John has been dealing with some mental health issues that seem to have contributed to the issue. Obviously I sympathise with those involved and we're looking to provide all the support we can."

It is not yet known if John, 25, will be charged with an offence. At the time of writing the family was hopeful he would be released without charge so he could return home and receive treatment.

Joseph, himself on his way back to New Zealand, was asleep and did not notice his brother had been removed from the flight. He said he was personally devastated and asked for his and his family's privacy at this time.

John fought the last of three professional bouts in May 2017. He was undefeated but was forced to retire after being diagnosed with a brain bleed last year.