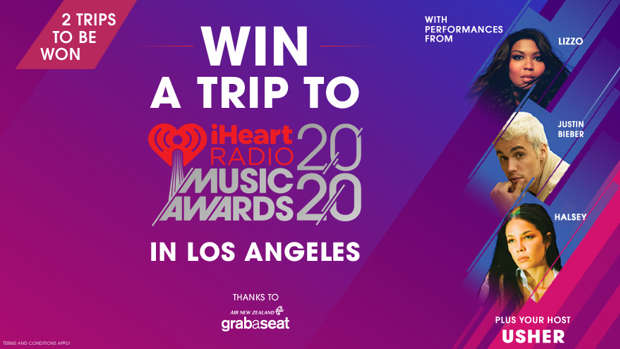 Now in its seventh year, the iHeartRadio Music Awards is a star-studded event celebrating the most-played artists and songs on iHeartRadio stations and the iHeartRadio App throughout 2019, while also offering a preview of the upcoming hits of 2020.

The show will feature live performances from the biggest artists in music, as well as surprise duets and collaborations, and award presentations in multiple categories.

We've got your chance to win a trip to Los Angeles to watch the iHeartRadio Music Awards LIVE thanks to Air New Zealand’s Grabaseat.

Get registered below to be in to win!

Air New Zealand’s Grabaseat has loads of deals every day, so check out grabaseat.co.nz to grab a deal today!