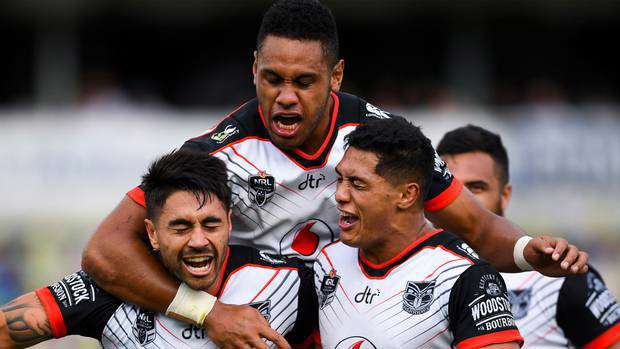 The Warriors have asked for support from fans and the general public as they desperately seek to recover expensive equipment and unique playing gear stolen from a club van on Sunday night.

Due to the second Ed Sheeran concert at the club's home base Mount Smart Stadium last night, Warriors staff were unable to gain access to their headquarters to store the gear after arriving back in Auckland yesterday following Saturday's win in Canberra.

The gear-laden unmarked van was parked outside a staff member's house on Auckland's North Shore when it was broken into.

"All the playing jerseys from our historic win over the Raiders have been stolen and they obviously hold special significance for the guys.

"Then we've also had a fair bit of expensive equipment including the players' GPS units and a video drone used for training that has also been stolen. All up it's worth thousands of dollars.

"It's taken the gloss off what was an incredible weekend but it's just another challenge and one we are certainly not going to let distract us from making our fans even prouder in the coming weeks."

George said it was hoped that putting the message out to Vodafone Warriors supporters would deter the thieves from trying to sell the jerseys.

"We think someone might have followed the van all the way home," he said.

"But we've got a massive fanbase and we are hoping our supporters can keep their eyes peeled in case any of this special gear ends up for sale.

"The police have been notified and we are confident that we will be able to get our gear back.

"For us, it's out of our hands now and our focus has already turned to Saturday's massive clash against the Roosters in Sydney before we host three NRL teams here a week later for the SKYCITY Auckland Double Header."