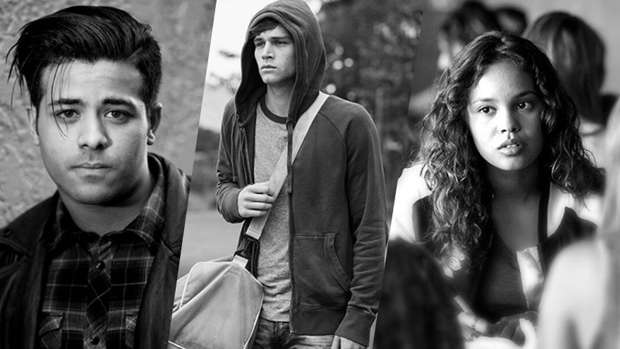 The second season of 13 Reasons Why was released on Netflix on Friday and US parenting groups have already called for the controversial teen drama 13 Reasons Why to be cancelled.

Their concerns are due to a plotline which features a graphic rape scene that drives the victim to attempt a school shooting.

The Parents Television Council are asking creators and Netflix to pull both seasons of the show "because of the potentially harmful content".

The release of the series had unfortunate timing, as the same day 10 teenagers were killed in the Santa Fe school shooting.

I understand that 13 Reasons Why is a show that displays the harsh realities of the world, abuse, suicide, rape, depression, etc...

But season 2, episode 13, at time 38-41 is unacceptable. It is a reality in this world, but that went beyond graphic and I am sick.

Due to this, the LA premiere for the show was cancelled but the episodes were still made available that day.

The second season of 13 Reasons Why culminates in a rape scene where a bullied character, Tyler is sexually assaulted with a mop handle, this provokes Tyler to undertake a school shooting.

The content and thematic elements of the second season are even worse than we expected.

We would have liked to have 13 reasons for hope and redemption following the graphic suicide of the lead female teen character, but rather than providing a path forward, the season only provides cause for despondency."

You are the biggest hypocrite I’ve ever met if you stand against the massacre of Santa Fe but you support 13 reasons why. Stop romanticizing death. Stop teaching children that revenge is truth. Start teaching boys that no means no and that anger isn’t tolerated.

The first season of the show was heavily criticised by teachers, parents' groups, The Samaritans and academics, who said it led to a spike in Google searches about how to commit suicide.

The backlash from the first season led to the creators taking a more careful approach with the second season.

The new season is pre-empted with a video of the actors urging younger viewers not to watch if they thought they might be might be upset by its "tough, real-world issues", or to watch the programme with an adult. The show also promotes rape and suicide crisis helplines.

friendly reminder that 13 reasons why isn’t raising suicide awareness with a main character that kills herself for revenge, with showing extremely triggering and graphic scenes of rape, assault, and suicide, or by completely glamorizing mental illness 🌈

WHERE TO GET HELP:

OR IF YOU NEED TO TALK TO SOMEONE ELSE: