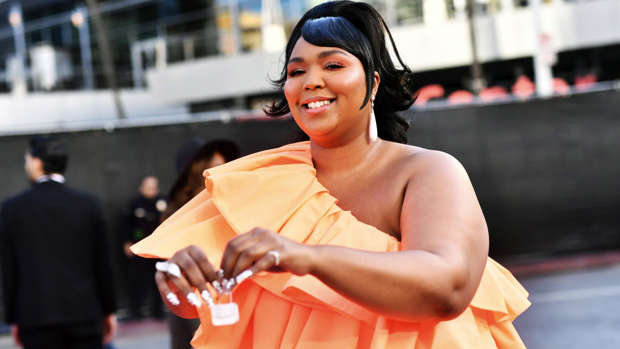 Lizzo arrived at the American Music Awards carrying the world's smallest hand bag - and her legion of fans loved it.

The tiny bag – which appears no bigger than a matchbox - quickly appeared in thousands of social media gags and memes and was even awarded its own Twitter and Instagram pages following the show.

The hip-hop and R&B star posted a photo of her on the red carpet carrying the bag by her fingertips, explaining it was a "bag big enough for my f**** to give."

The 31-year-old later confirmed the bag was one of "only three in the world" and joked that she had "a lot" inside, saying: "I got tampons in here, a flask of tequila, some condoms…"

Reactions from fans around the world CRACKED UP over the tiny handbag.

I can’t believe Lizzo carried my self esteem on the AMA’s red carpet pic.twitter.com/SfhMMTQ6MZ

Me holding all of the f*cks I have to give near & tight in case of an emergency: #AMAs @lizzo pic.twitter.com/XdITzl0bxr

lizzo brought my life savings to the #AMAs! pic.twitter.com/jTvKsWWkZL

Lizzo is a LEGEND!