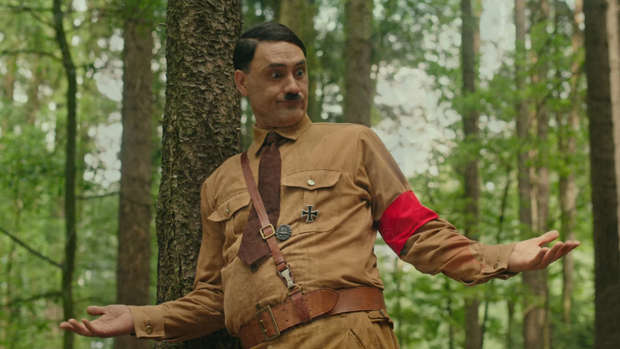 "Thank you, Kia Ora," said a slightly nervous Waititi as he accepted the Academy Award.

He thanked his mother and dedicated the award to indigenous children around the world.

It is the first Oscar and third nomination for Waititi. He follows a striong of New Zealand Oscar winners over the decades, including Peter Jackson, Jane Campion and Anna Paquin.

"Amazing. Thank you," Waititi said, holding the statue. "This is really light. It's supposed to be heavy," he joked, before thanking his mother "for being my mother and for, I mean, for many other reasons. For giving me the book I adapted. This film wouldn't have existed without you doing that."

He also thanked the film's producers, and said there were many others he wanted to thank but couldn't "remember them."

"That's it," he joked, before saying he hoped he inspired other indigenous kids of the world.

Among the nominees are a handful of New Zealanders. Taika Waititi and Anthony McCarten are going head-to-head for the best adapted screenplay award for Jojo Rabbit and The Two Popes, up against screenwriters for The Irishman, Joker, and Little Women. Aucklander Tom Eagles is nominated for best editing for Jojo Rabbit.

Jojo Rabbit is up for six awards in total, including best picture.

Leading the pack with 11 nominations is Joker, starring Joaquin Phoenix.