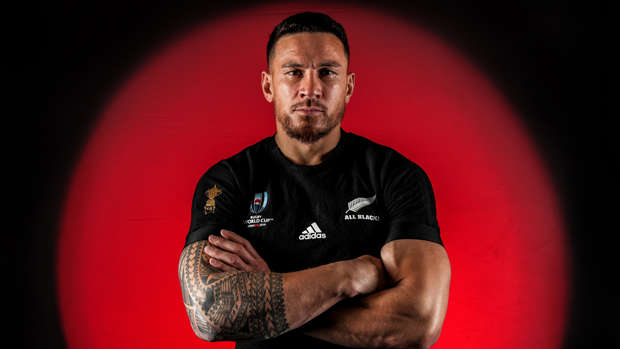 All Blacks star Sonny Bill Williams is being lined up for a rugby league coaching job, according to reports.

The 34-year-old is yet to confirm his playing future after the current Rugby World Cup with his New Zealand Rugby contract set to end after the pinnacle event.

With Williams' future a topic of hot debate, Nine reporter and Sydney Morning Herald columnist Danny Weidler has tipped the code-hopping star as lining up a coaching job at the NRL's Sydney Roosters.

According to Weidler, SBW's advisor Khoder Nasser was spotted at a Sydney cafe with Roosters chairman Nick Politis.

Weidler claimed that Williams is being sounded in a coaching capacity, not as a player, with the roster of the back-to-back champions already boasting several top players who play in Williams' potential positions.

The role is said to involve work with the Roosters' younger players in developing club culture.

Williams will likely have plenty of offers to choose from though, with Canadian outfit Toronto Wolfpack also keen to recruit him.

"Our club would want to have a name that's absolutely international that everybody would recognise and help the profile of our game, very much like David Beckham did for Major League Soccer," McDermott added.

"But he would have to be a very good player as well, he's got to be able to do the job that I want him to do. There would be no token player or just a headline-grabbing player."

Williams enjoys legendary status in league and union and could be persuaded to return to the 13-man code, according to McDermott.

"His people have had conversations with our people and the answer wasn't no - he hasn't just shut it off.

"I'm not saying he's coming or is going to come, but the fact of the matter is he has responded and the answer wasn't no."