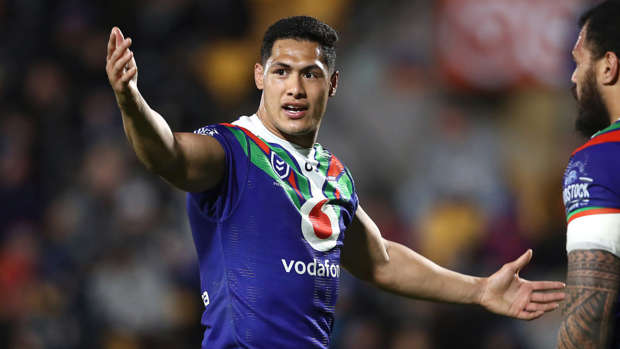 Vodafone Warriors captain Roger Tuivasa-Sheck has won the club's Player of the Year award for the third-year running.

RTS was awarded the 'Simon Mannering Medal' at the team's annual awards in Auckland last night.

Tuivasa-Sheck took to Instagram to thank fans for their support, posting a photo with him and Sir Peter Leitch.

Thank you Team. Appreciate this Medal & the Legend who presented it 🙌🏽

"Thank you Team. Appreciate this Medal & the Legend who presented it" Tuivasa-Sheck captioned the post.

It comes after it was announced that the Vodafone Warriors are now soley owned by Kiwi manufacturing business Autex Industries. They took the ownership from the Carlaw Heritage Trust which have had the majority of the share of ownership since Eric Watson sold the club over a year ago.

Also at the Vodafone Warriors awards last night, Chanel Harris-Tavita was named rookie of the year.

Congratulations RTS and the team!