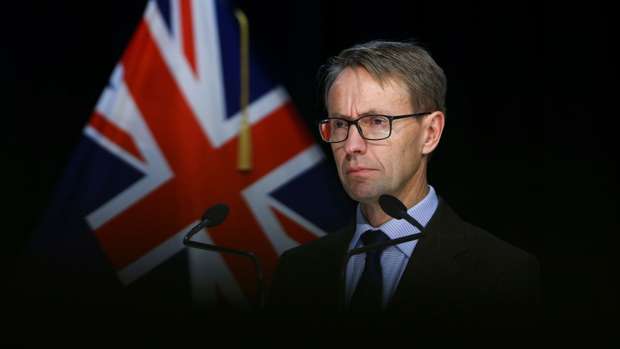 The new Covid-19 cases in New Zealand are two women from the United Kingdom who were allowed to travel to Wellington on compassionate grounds, director-general of health Ashley Bloomfield says.

Both cases are from the same family. One of the women is in her 30s and the other is in her 40s.

They were tested yesterday and confirmed in results this morning.

They were in managed isolation and permitted to leave on June 7 to travel to Wellington on June 13 in a private vehicle, he said.

The vehicle was dropped to their hotel in Auckland and drove to Wellington, where they only had contact with one family member.

The exemption to travel to Wellington was due to compassionate grounds.

One of the women said in hindsight that she had had minor symptoms.

They were tested in Wellington, and all workers had used PPE.

Other potential contacts include those on the same flight from Brisbane, and those in the same managed isolation facility in Auckland, including staff.

Mobile swabbing teams had already been sent to the hotel. Staff there will be stood down and tested, Bloomfield said.

Footage was also being looked at when the women moved through the airport, and any staff who came into contact with the women will also be stood down and tested.

The women flew from the UK to Brisbane via Doha on an Air New Zealand flight. They were now in isolation in Wellington.

The women are from the UK, he said.

Bloomfield said compassionate exemptions are only granted under strict conditions, and everyone granted an exemption is assumed to be a risk of Covid-19 and all precautions are taken to manage that risk.

Today's news underscores the decision to scrap any exemption for those wanting to leave managed isolation for a funeral or tangi, he said.

He said 1527 tests were completed yesterday.

He said it wasn't surprising that people arriving at the border had tested positive, especially from the UK, where Covid-19 is not well contained.

He said the criteria for compassionate exemptions were clear. If an exemption is granted, a thorough plan has to be in place to manage the risk.

"In this instance, the women did everything that was asked of them."

He has asked everyone who has been granted an exemption to be tested.

In this case, the relative of the women died.

The woman's symptoms had been attributed to a preexisting condition, he said.

The women had been careful not to put anyone at risk, he said, and the women had not stopped for petrol and had gone to the toilet on the side of the road.

They arrived from Brisbane on June 7, applied for the exemption on June 12, and the relative died that night. Their exemption was granted that night and they traveled to Wellington the following day.

Ardern reacts to the two cases

"What this does prove is the importance of a rigorous system at our border."

The Health Ministry said they are related to the border as a result of recent travel from the United Kingdom, and One News is reporting they were given an exemption to attend a funeral in New Zealand.

Ardern said the cases had come in from overseas, but wouldn't say if they were in quarantine or if they had been given an exemption to attend a funeral.

She said New Zealand was ready for a second surge of cases, but the focus was on preventative measures.

"I've said all along, New Zealand would continue to have cases because it continues to surge around the world. We of course are well-placed to manage it, though."

New Zealand is currently at Alert Level 1, which means all restrictions on businesses and gatherings are lifted and physical distancing is "encouraged" instead of being mandatory.

The golden rules of alert level 1:

• If you are sick, stay home

• If you have cold or flu-like symptoms get tested

• Sneeze and cough into your elbow and regularly disinfect shared surfaces

• If concerned about your wellbeing or you have underlying health conditions, consult with your GP

• Businesses should help with rule seven by displaying a QR code

Find out more information at covid19.govt.nz.