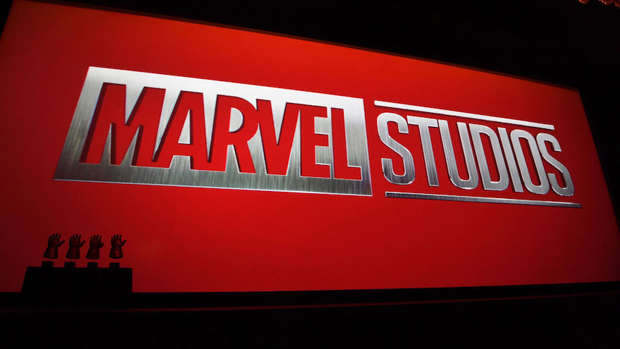 Marvel has confirmed Taika Waititi is returning to their cinematic universe – and this time, he is bringing a female Thor with him.

The announcement was made at Marvel's panel at the San Diego Comic Con earlier today, at an event which highlighted the studio's widening attempts at diversity.

Thor: Love and Thunder, the sequel to Waititi's Ragnarok, is one of 10 projects that were announced at the 90-minute event.

Waititi will once again direct the Asgardian god, with Chris Hemsworth and Tessa Thompson returning to their roles as Thor and Valkyrie.

In a surprise twist though, Natalie Portman, who played Thor's love interest Jane Foster in the first two movies, will return to the franchise – this time, playing a female Thor.

Walking out on stage, Portman said that her new role in the Marvel Cinematic Universe feels "pretty good". "I've always had a little hammer envy", she said, while holding a prop of the hammer, Mjolnir.

The news was greeted with cheers and screams from the packed hall. 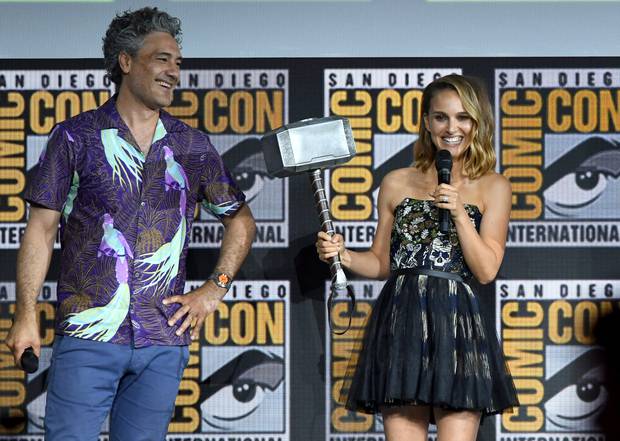 It reflects a recent storyline in the comics, where Foster gained Thor's abilities after she began wielding the magical hammer. She eventually had to give up her abilities as she was dying from cancer, and the electricity from the hammer was negating her chemotherapy.

The announcement was one of 10 new projects revealed at the panel, which comes off the back of a mega-year for Marvel. The 11-year-old studio has seen their three releases this year, Captain Marvel, Spider-Man: Far From Home, and Avengers: Endgame, all light up the box office.

Producer Kevin Feige used the panel to announce that Endgame is expected to surpass Avatar as the highest grossing movie of all time this weekend. It is currently only $500,000 behind the James Cameron-epic, which currently retains the title at $2.789 billion.

The announcement showed the mega-profitable studio will be branching out to feature more diversity in their films.

Thompson told the crowd that Valkyrie, having become King of Asgard at the end of Avengers: Endgame, will be "looking for her Queen", hinting that her previously mentioned bisexuality will be a key part of the new movie.

It was also confirmed that the next movie in the franchise will be Black Widow, the series second female-led movie that sees Scarlett Johannsson resume her role as Natasha Romanoff. She will be joined by Rachel Weisz, Florence Pugh and Stranger Thing's David Harbour.

Benedict Cumberbatch will return in Doctor Strange in the Multiverse of Madness, with fellow MCU veteran Elizabeth Olsen co-starring as the Scarlet Witch. Director Scott Derrickson teased it will be the first "scary Marvel movie".

New instalments to the MCU includes The Eternals, an epic space opera based around a god-like race of superbeings. Angelina Jolie, Salma Hayek and Bodyguard star Richard Madden are amongst the cast. Feige previously said that the movie will feature the franchise's first gay lead character, but that was not mentioned at today's panel.

A number of TV series for Disney's upcoming streaming service, Disney+, were also announced, focusing around established MCU characters. Loki, Hawkeye, Falcon and the Winter Soldier, and WandaVision will all make their way onto the streaming service over the next two years, and producer Feige says they will be intertwined with the events of the movies.

Double Oscar-winner Mahersala Ali also made a fleeting appearance where it was announced he will be playing Blade, the half-human, half-vampire hero previously portrayed by Wesley Snipes. It was not confirmed if this will be a movie or TV series, but the fan reaction showed that fans will turn out regardless.

Mahershala Ali gets the loudest cheer of the night by putting on a Blade cap. #MarvelSDCC pic.twitter.com/GD2KoCF3yn

At the end of the panel, Feige also confirmed that sequels to Black Panther and Captain Marvel are also coming, but there was no time to discuss them. The same goes with Fantastic Four "and the mutants", a reference to the X-Men.

Marvel Studios regained the rights to the latter two properties, after Disney purchased 20th Century Fox in a multi-billion dollar deal. Feige had previously said that it would be a number of years before fans could expect to see a MCU-version of the classic comic heroes.