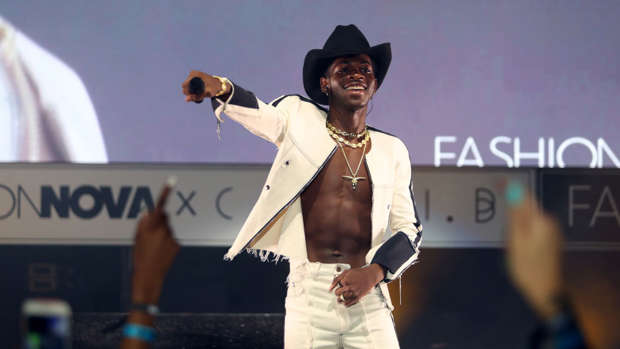 Lil Nas X breakthrough first single Old Town Road has smashed Mariah Carey's record for most weeks at Number 1 on the Billboard, as the song spends its 17th week on the top of the charts.

It breaks the record, set back in 1996 by Mariah Carey and Boyz II Men. Back in 2017 Luis Fonsi, Daddy Yankee and Justin Bieber got close to breaking the record, with a 16 week streak at number 1 on the Hot 100.

He also paid tribute to the previous record holder, saying he loved and respected her.

mariah carey is a legend and i love & respect her. 😎🖤

Mariah took to Twitter to post a photo of her 'passing the baton' to the new record holder, saying she was blessed to have shared the record alongside Boyz II Men.

wowwww thank you so much mariah! you are a legend and an icon and i’m blessed to even have you acknowledging me right now! growing up to your music & now having you talk to me directly is unreal! ❤️❤️❤️ https://t.co/b9v5JEmFIy

Like Old Town Road?! Check out Daz & Ast's parody of the hit song, the Mullet Movement: The Music Video!