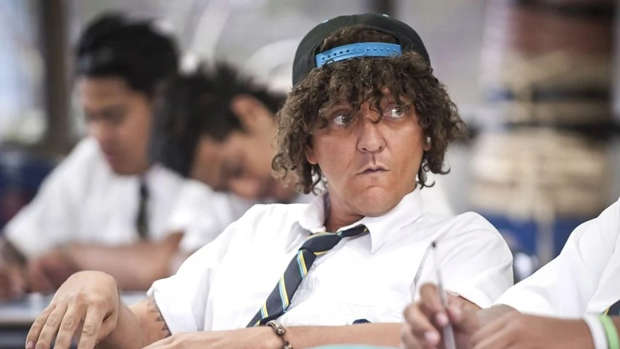 Chris Lilley's controversial comedies have been removed from Netflix in New Zealand and Australia in light of the Black Lives Matter movement.

On Wednesday, Deadline revealed four of Chris Lilley's shows - Jonah From Tonga, Angry Boys, Summer Heights High and We Can Be Heroes - have been taken down from their services in Australia and New Zealand.

In the past, those shows raised questions about racial discrimination as several of the characters were portrayed in blackface and brownface.

For Jonah From Tonga, he painted his face brown and wore a curly wig to portray troubled teen Jonah Takalua.

Meanwhile in We Can Be Heroes, Lilley played Chinese physics student Ricky Wong.

Despite the removal of four of his shows, Lilley will still have two series available on Netflix - Ja'mie: Private School Girl and Lunatics, in which he dons brownface to play dog whisperer Jana Melhoopen-Jonks.

Daily Mail Australia has approached Princess Pictures, which produced the shows for the ABC, for comment.

Lilley has previously defended his style of comedy. Last year he told The Weekend Australian: "I'm not trying to do the thing that is trendy at the moment."

The award-winning comedian went on to say he would continue making "clever, layered" characters.

Defending his controversial characters, he said: "When you meet them, you think 'I know that type of person', but then there is a twist, something crazy.

"[In] the end you think 'Actually, I kinda relate to this, she just did that thing that I do everyday'."