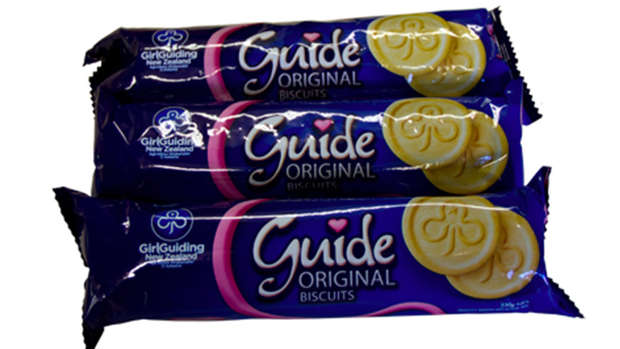 Girl Guides plans to stop selling biscuits next year, their national board announced on Saturday.

A statement released by Girl Guides stated that GirlGuiding New Zealand wants to allow its members and volunteers to focus more on its core purpose and programmes.

"Following careful consideration and analysis, the GirlGuiding New Zealand Board has decided to stop fundraising through the sale of Guide biscuits by its membership," the statement said.

Girl Guides chief executive Susan Coleman said the organisation would like to acknowledge and thank the Griffin's Food Company for its longstanding partnership with GirlGuiding New Zealand.

"We would also like to extend our thanks to our members and volunteers for their support selling biscuits over the years, as well as all the people who have purchased our product," said Coleman.

Managing director at Griffin's Brett Henshaw said it had been an honour and a privilege to have manufactured the iconic Guide Biscuits for more than 60 years.

Distraught members of the public have taken to social media to express their despair about the fate of the biscuits.

As a former Girl Guide and lifelong lover of Girl Guide biscuits, this is genuinely terrible news. 🍪💔 pic.twitter.com/LFk3yvtXQv

Apparently Girl Guide biscuits are cancelled, too. Today is hard.