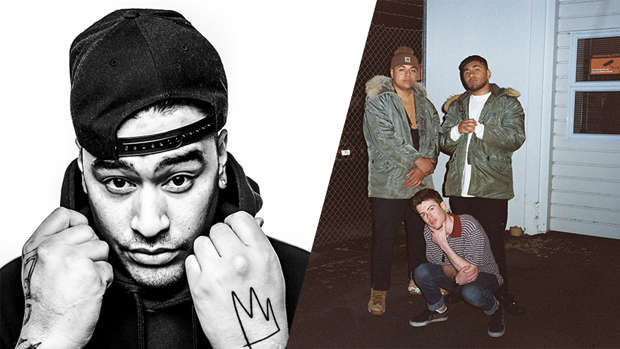 The finalists have been announced for the 2019 Pacific Music Awards!

It’s been a strong year for Pasifika hip hop, with the genre experiencing a whirlwind of activity in recent times. Heavyweights Kings and SWIDT lead the finalists this year with five nods apiece.

Kings is no stranger to the Pacific Music Awards, winning 5 awards including the NZ On Air Streaming Award in 2018.

Onehunga’s very own SWIDT are back at the Pacific Music Awards off the back of their successful EP The Most Electrifying.

New Zealand R&B & soul duo Adeaze took a hiatus from music after the release of their second album and have been working in South Auckland performing arts programme for kids, Saintz Up.

After being recognised for their widespread influence and significant contribution to Samoan music and culture as last year’s Manukau Institute of Technology Lifetime Achievement Award recipients, Punialava’a are back for this year’s awards.

This aims to highlight the ever-changing Pacific music landscape and acknowledge all the artists who are creating and composing music across a wide range of genres.

Pacific Music Awards Trust spokesperson Rev. Mua Strickson-Pua said the sheer range of different talents on display across the finalists was something to be proud of.

“First Solomon Islands and PNG artists join 12 first time finalist and seasoned veterans of our music scene and industry at the 15th anniversary for the Pacific Music Awards in 2019.

“The diverse range of talents across the finalist reminds us of the richness of the star systems for our musical navigations of referencing the stars to bring us home like our Pacific mariner ancestors.  Our first-time finalists remind us of growth, richness and transition with our musical malaga ola music journey of life.”

The winner of the Recorded Music NZ Best Pacific Music Album category is presented with an official Tui and recognised at the Vodafone New Zealand Music Awards later this year.

Tickets to the 15th Pacific Music Awards ceremony will be available through www.eventfinda.co.nz

All the artist finalists: