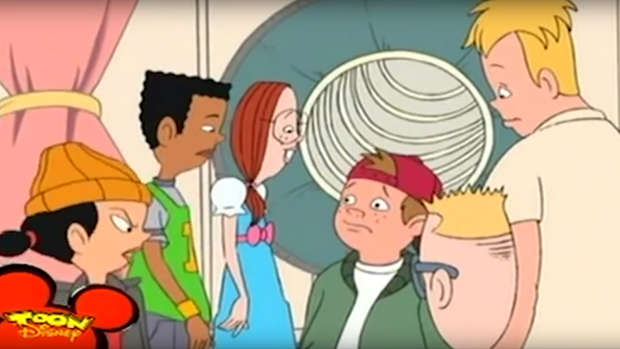 22 years ago we sat in front of the TV and watched Recess, now, it's making a comeback...

The show, which first aired on ABC but was eventually picked up by Disney, followed six fourth-graders who make it their mission to protect the playground against the rule of King Bob and his minions.

A group of independent filmmakers from Vancouver are remaking the TV show as a non-profit fan film- because they're awesome like that.

It is said it will follow the cast as highschoolers figuring out everything from peer pressure to social media and their identities.

“Picture 10-year-old you, sitting in front of the TV, watching TJ, Spinelli, Gretchen, Vince, Mikey, Gus, Randall, the Ashleys and the rest of the colourful cast at 3rd Elementary School getting up to their usual hijinks.”

“You lay your head to rest that night and dream about being part of this group and then wake 20 years later and think: ‘Hey, I wonder what happened to the Recess gang when they went to high school?’ Well, YOU’RE WELCOME, because we’re here to answer that for you.”

The filmmakers behind the remake have launched an IndieGoGo page to raise production money, all of which will go directly into the making of the film. In a disclaimer, the filmmakers state that Recess won’t be submitted to film festivals but will be released online in August for everyone to enjoy for free.