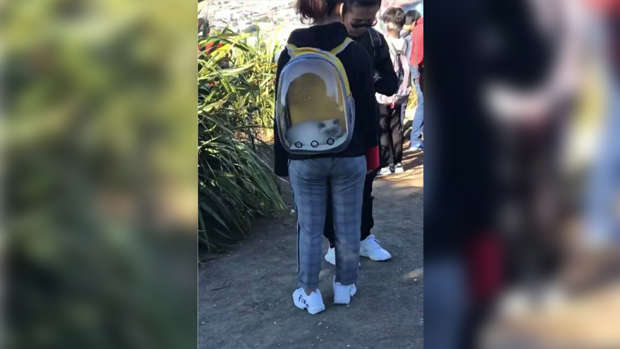 A trip to Tauranga isn't complete without a trip up the Mount and one traveller decided to take their house pet with them on their way up Mount Maunganui.

Photos of a cat in a bag heading up the Mount have gone viral on social media after Facebook user Catherine Campbell posted them to a Mount Maunganui message board. The photos show a cat, sitting quite happily inside a backpack which has built in holes, as the owner makes their way up the Mount. 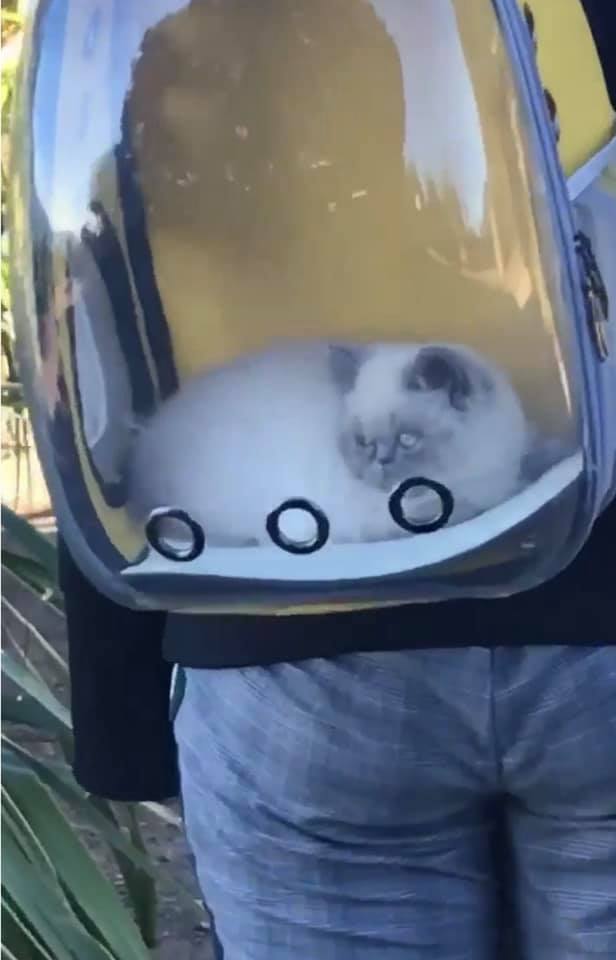 Comments on the post are mostly positive with some people amazed at the person's apparent love for their pet. One person said "Wow, now i've seen it all" while another said: "Why would a cat want to go up the Mount in a bag?!".